A Catholic school has been in Redhill since 1867, initially in Brighton Road, where there was also a church and priest's house.   In 1889, a French order of nuns, who had opened a convent in Redhill two years earlier, bought land in Ladbroke Road and built a school there. The convent co-operated with St Joseph's School by assisting with teaching Religious Education to the children at St Joseph's.

The recorded history for the school begins in November 1902. The first entry in the log book records that there were two teachers, Sr Mary Louis and Sr Mary Genevieve, three managers (governors) and five classes. The average attendance was 33 pupils who were taught English, Arithmetic, Geography, Elementary Science, Singing, PE, Drawing and Needlework.

Since its foundation, the school has been central to the life of the parish and even today, many of the current children have been preceded by their parents and grandparents. These roots are part of the school’s fabric and an important aspect of the school’s ethos of belonging and support.  Nuns were part of the teaching staff until 1972 when Sr Anastasia retired. Sr Silvester was on the staff for 44 years until she retired in 1971.

The school is also a witness to the history of the parish, for example on 29 August 1940 it is recorded, 'prolonged air raid activity – no morning session'. On 29 November 1940 the records state 'the attendance is seriously affected by the continued air raids. In addition, there is at present a severe epidemic of chicken pox'.

Evolution of the School

The school as it is today evolved from when records began in 1902. There have been changes in curriculum, teaching methods, location and structure but the school has managed to remain a central presence in the community and has retained its close relationship with the church and the values of Catholicism. Some important milestones are given here

There were 147 pupils in five classes; Admissions, Infants, Lower Juniors, Upper Juniors and Seniors, the biggest class was 38.

September - Classes became known as Reception, 1st Infants, 2nd Infants, Top Infants and Forms 1-4. There were 287 pupils, some classes had 44.

Introduction of Transition Class between Top Infants and Form 1.

Attendance at school limited to those over 5s to manage over-crowding.

Sr Silvester retires after 44 years association with the school.

For the first time, there are no nuns on the staff.

Work commenced on the new building for the middle school.

St Josephs First and Middle School opened. There were 392 pupils with capacity for 420. The school was made up of a Lower School (ages 4 to 7) with five classes, Middle School (ages 7 to 10) with six classes and Upper School (ages 10-12) with four classes. Irene Rolston and Marcia Atkinson were Head and Deputy Head respectively.

There were 421 pupils on roll.

A second reception class was formed.

The school became known as St Joseph's Catholic Primary School, Redhill. There were 354 pupils aged from 4 to 11 and divided into Key Stage 1 and 2 in accordance with the National Curriculum.

Construction was completed and a new building was opened on the St Joseph's site, enabling expansion to 3 form entry

The school reached full capacity with over 620 pupils on roll.

A series of Firsts, which continue today

Whilst the evolution above took place, the school began to expand its horizons and introduced a number of new ideas to stimulate the children and make learning more interesting. Not all were successful, but many were and continue to this day and play an important part in defining the character of the school.

12.05.59: First trip to Isle of Wight, 54 children went on a day trip, leaving at 9.30 am and returning at 9.30pm. The records note it was a warm and sunny day and of much educational benefit to all. (This is now a week long residential trip)

08.05.69: Individual school photos were taken for the first time.

Interesting Developments Along The Way

03.10.66: Mass was celebrated in the school for the first time and continued each Wednesday for many years.

Nov 1970: A pupil (who will remain anonymous!) carried an unexploded bomb by train from Nutfield to a history class. The bomb was recognised as being live and safely defused. The local newspaper headline – “Not an apple for teacher but a bomb”.

04.10.76: The inaugural meeting of the Parent Teachers Association, the Friends of St Josephs

21.05.83: The school won the Junior Choir section of the Reigate Festival.

19.05.84: A group of children, all U8, won the Challenge Cup for the first time singing at Reigate Festival.

23.01.96: 5 a side football team won the SE Surrey tournament for the second time in four years.

Finally, there have been 13 head teachers at St Joseph’s (two of these in an acting/temporary capacity) since 1902.

The above history has been compiled from a number of interviews and from reading the log books. We are conscious that there will be much not included and welcome contributions from the wider school community, both past and present. Should you wish to provide any information, please forward it to secretary@stjosephs-redhill.surrey.sch.uk. We will do our best to incorporate your contributions in periodic updates to the website. 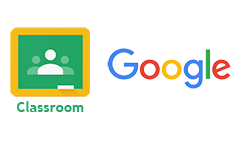 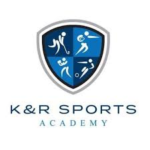